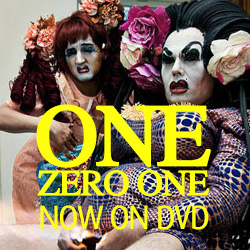 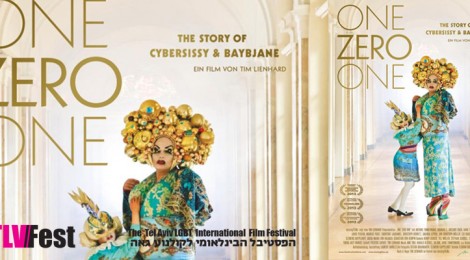 Antoine and Mourad do exactly that… That’s why it was love at first sight, when I first saw them powering up the Cologne nightlife many years ago. I was thinking: „Oops! Is Leigh Bowery still alive?“ I had visited Leigh, the iconic London clublife star of the late 80’s and early 90’s, in his apartment on the seventh floor of a London high-rise where I shot a tv-documentary about his living sculptures. That was in the mid-90s. Unfortunately he died shortly after that.

To me Antoine aka „Cybersissy“ seemed like the reborn Leigh Bowery. Antoine was a true icon of Cologne’s nightlife and it is about time for him to gain fame in the same line as Leigh Bowery did.

I was intrigued by Cybersissy’s performances, he was buzzing in the back of my head. But only about two years ago I got in touch with Antoine, visiting him in Tilburg, his hometown in South Holland. Soon I was able to convince him of the idea of creating a movie-portrait of him. Once I had gained Mourad’s trust as well, I was happy and started working on the film. That was in March 2012.

Mourad is a very unusual phenomenon. So it is no wonder, that the tabloid press approached him on several occasions, but he refused to have his story exploited in freak-show-style. Instead he decided to confide to me. As he told me, it were my television documentaries on Leigh Bowery, Gilbert and George and on androgyny – in particular about Orlan, a French artist who got plastic surgery in front of cameras and transformed to unnatural shapes-that convinced him to collaborate with me.

Now began a wonderful time of trust. With my camera I followed the two, who I like to call „my Cyberstars“ to the international locations of their performances. It rarely felt like work, as we had so much fun and love the party life.
The three of us made a good team. And we still do. A team, that was joined by our highly motivated friends and colleagues of the crew and everybody else, who participated, to make this film happen.

The three of us, we are on the same page. This is based on the desire for transformation and self-determination. We know that we have much more possibilities than playing a given role dictated by society! We want to develop and grow beyond ourselves, to mythical creatures, as well as in always new self-inventions. Not predictable, not simple, but always surprising.
That’s what our heroes do with each new day. And Antoine and Mourad are my heroes. Why this is, should tell our movie…